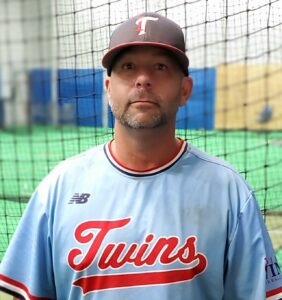 Mike brings a background as collegiate player and coach. He played 2 years at Olney Central Junior college, then transferred to IUPUI where he finished his collegiate career. After his senior year, he returned to Olney as an assistant coach (hitting/middle infield) for several years until he began his career as a firefighter. In November of 2017 he was injured on a fire, and in October of 2018, due to that injury, retired after 21 years of service. He now is the 14U Head Coach and acts as an infield instructor for the organization.