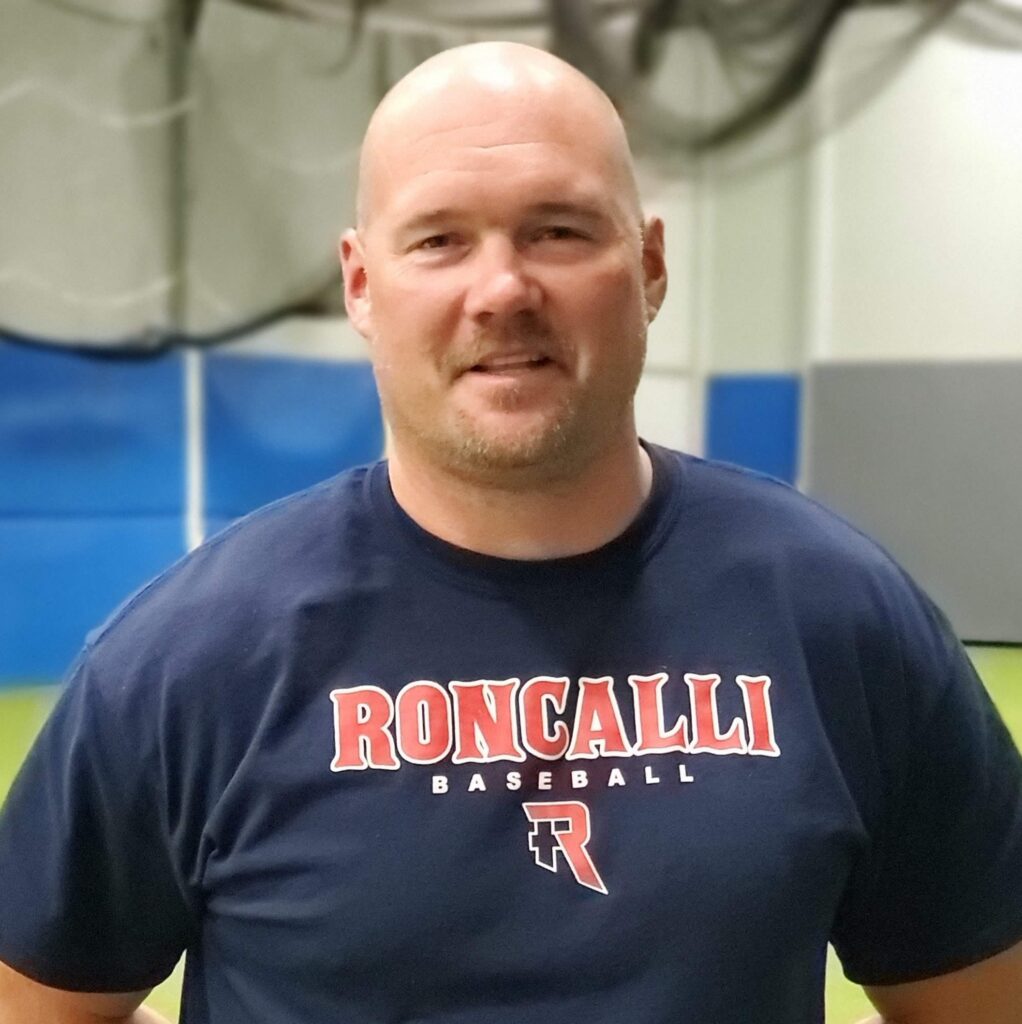 Aaron is the head coach of the 12U Twins, and is also the head baseball coach at Roncalli High School. In his 6 year tenure at Roncalli, the Rebels have gone 126-46, highlighted by winning the 4A State Championship in 2016. Prior to Roncalli, Aaron was the head baseball coach at Ben Davis High School for 7 years. In 2014, his final season with Ben Davis, the Giants won their first sectional championship in 20 years. Overall his coaching record is 223-150.

Aaron is from Burlington, IA and played 4 years of college baseball at Coe College. After college he became the head baseball coach at Parker High School in Parker, AZ, and also coached 3 years of semi-pro baseball with the Havasu Heat. He moved to Indianapolis in the summer of 2005. The 2021 season will be his 13th season as a head coach in Indiana. He lives in Indianapolis with his wife Brooke, son Griffin, and daughter Kamryn.